Thanks for joining us for the 1st round. We will be back bright and early tomorrow for round 2.

For a full wrap from round 1 please click here.

"I like playing The Hills, it’s unique. Just the way the design is, the greens have their level to them, the sculptures out there, it’s just unique. Sir Michael Hill has done a good job out there," Scott Strange. 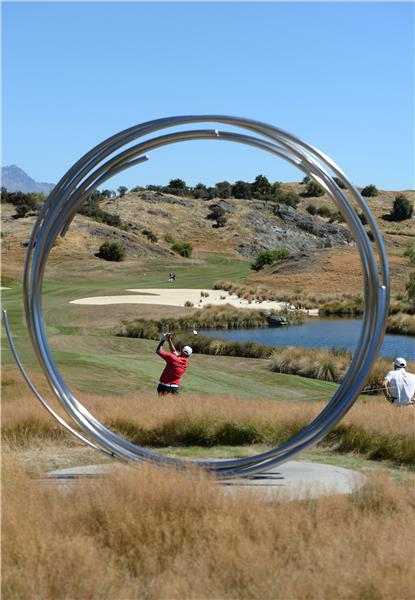 The 17th tee at The Hills

"It’s a good format, it gives guys a chance to see what it’s like, see how the Pros do it. They shake their heads when we hit a drive 300m down the fairway and they’re struggling to 150m straight," Scott Strange.

Mark Brown is off to a good start at the New Zealand Open. He is 5-under and T5. Here is a short video about his desire to win his National Open.

Round 1 of the New Zealand Open is all wrapped up. Here is the leaderboard heading into round 2... 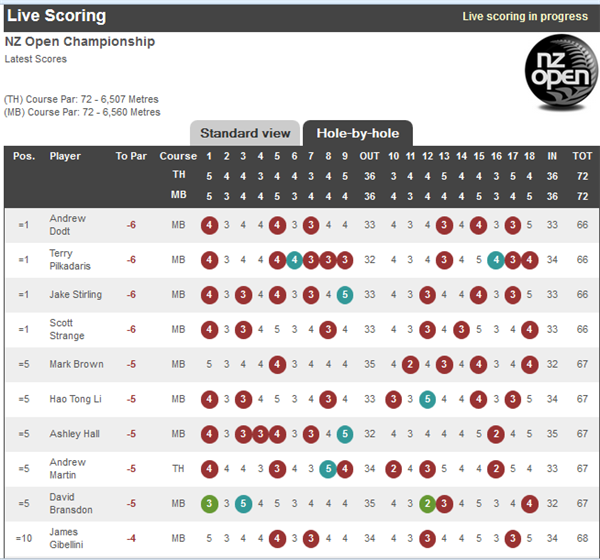 Thanks to all those who watch the live highlights stream. If you missed it you can re-watch it by clicking here.

Round 2 Highlights will be broadcast live from The Hills tomorrow. Please click here for all details.

Meanwhile Scott Strange and Ash Hall are both 6-under after 17 holes at Millbrook. If they can birdie their last hole they will move one shot clear of the field.

Making the most of The Hills layout this afternoon is Andrew Martin. Its a layout that suits his game with the Victorian finishing runner-up here in 2012.

Young New Zealand player Mathew Perry got off to a hot start at Millbrook. Teeing off the 10th he fired a 31 on the back nine.

At one point he joined the leaders at 6-under the card.

He found trouble on the par-4 4th hole posting a double bogey to drop back to 4-under at T8.

Other Professionals playing well in the afternoon field are Scott Strange and Blake McGrory. They are 5-under at Millbrook to be T4.

“I've been putting good probably since November last year. Confidence is everything. When you putt well, confidence goes through your game.” Andrew Dodt.

We have a three way tie for the lead following the completion on the morning field.

Aussies Andrew Dodt, Terry Pilkadaris and Jake Stirling all finished their first rounds on 6-under the card. They all played at Millbrook.

Andrew and Terry are both playing on sponsor invites this week.

This is Jake’s first year playing on the PGA Tour of Australasia after he earned a card at Qualifying School.

The leading Kiwi player is Mark Brown on 5-under the card. 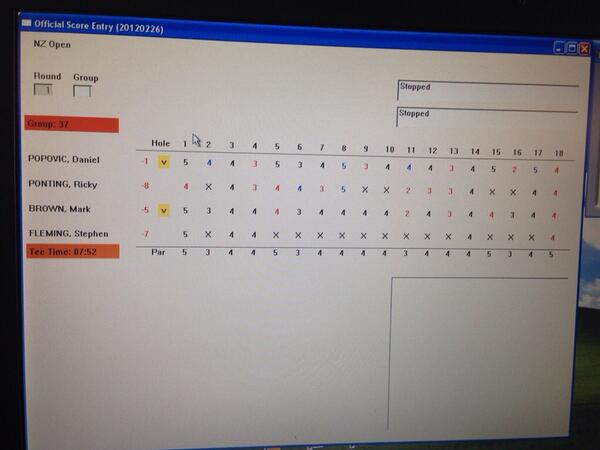 Feb. 27, 2014
Hendry going for three in a row at The Hills
by PGA of Australia via YouTube

We are seeing some great scoring at Millbrook Resort.

Queenslander Andrew Dodt has birdied the 17th and now has a one shot lead with one hole to play.

Chinese young gun Li Hao Tong is 5-under with one hole to play at Millbrook.

Finishing his first round at The Hille, Rohan Blizard is 4-under the card and tied with Dimi Papadatos, James Gibellini, Mark Brown, Scott Hend, Terry Pilkadaris and Jake Stirling.

After 10 holes at The Hills, Josh Geary is 5-under the card and leads the New Zealand Open.

A shot behind Geary is Rohan Blizard who is also playing at The Hills. Last year Blizard performed well on the layout for the NZ PGA Championship where he finished T5,

Having played just four holes at Millbrook before today, Rocco Mediate is 1-over after 12 holes.

For all live scores please click here.For more photos like this one check out our photo gallery! 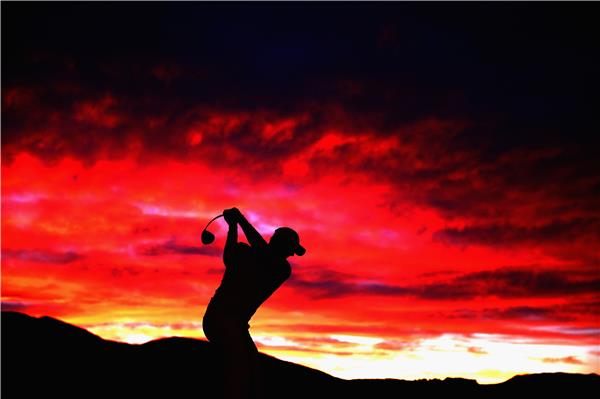 Josh Geary and his amateur partner  Gerad Petterson currently lead the teams component of the NZ Open at 6-under. Josh also leads the tournament proper at 4-under after eight holes. 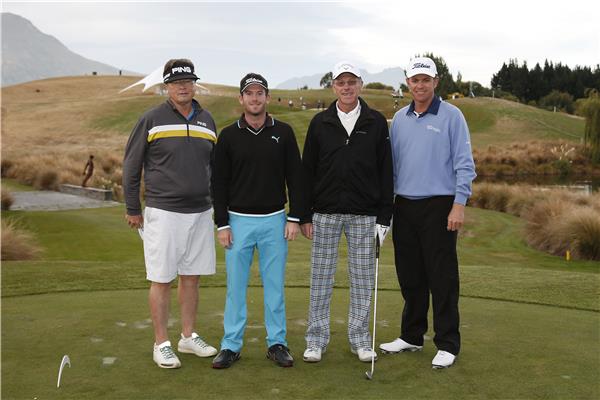 There is an interesting mix of players co-leading early at the NZ Open. At 2-under the card are:

Jake Higginbottom – the defending champion, Jake won the NZ Open as an amateur in 2012

Josh Geary – One of the favourite Kiwi’s in the field, Josh has been the highest ranked national at the NZ Open in four of its last five staging’s.

Andrew Dodt – A tournament invite this week, Andrew has spent the last four years playing on the European Tour after he won a co-sanctioned event on the Asian Tour. He also finished runner-up at the NZ Open in 2010 when American Bobby Gates took the title.

James Gibellini – is in his first year as a Professional on the PGA Tour of Australasia and pre-qualified for the NZ Open.

Marcus Wheelhouse – A former world number 1 amateur he is now a Teaching Professional and he pre-qualified for the NZ Open.

It’s very early in the first round but we have eight players tied for the lead at 1-under the card.

Interestingly all but one, Dimi Papadatos, are playing the Millbrook layout.

In the team component of the tournament Daniel Popovic and former Australian Cricket Captain Ricky Ponting will be the team to watch.

Ponting is playing off a handicap of 1, which is the lowest of all the amateurs in the field this week. So far he and Popovic are 1-under.

For all scores please click here.
Rocco Mediate has opened with a par on the  10th hole at Millbrook. So too has his playing partner Michael Hendry. 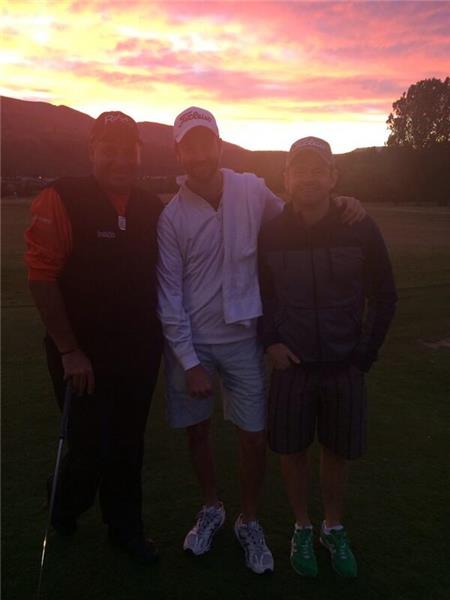 Good morning and welcome to round 1 of the 2014 New Zealand Open Championship coming live to you from Queenstown.

This year the tournament is being played in a format unique to the PGA Tour of Australasia. The NZ Open will be played in a pro-am format across two courses; The Hills and Millbrook Resort. You might be familiar with this format from other events like the Dunhill Links and Pebble Beach Pro-Am.

Play has just got underway at the two courses and here are some groups we think you should watch...

To catch up on all the inside info on the players in the field and the venues check out these stories...

Hendry not intimidated by anyone in the field

Inside the field at the New Zealand Open

Mediate ready to go in Queenstown

Japanese Pros in awe of Queenstown

Geary gets over his injury concerns

Fox to be conservative at the NZ Open

Preparation the key for Brown

Aussies look to spoil the party in NZ