Bringing you updates from #VICPGA at Heritage Golf & Country Club as they happen.What a fantastic tournament to tee of the 2014 PGA Tour of Australasia season. An exciting win for Gareth Paddison has set up a big month of golf. Thanks for joining us and we look forward to bringing you the State of Play at the Coca-Cola Queensland PGA Championship next week! For all final results please click here. For all photo from the tournament please click here. 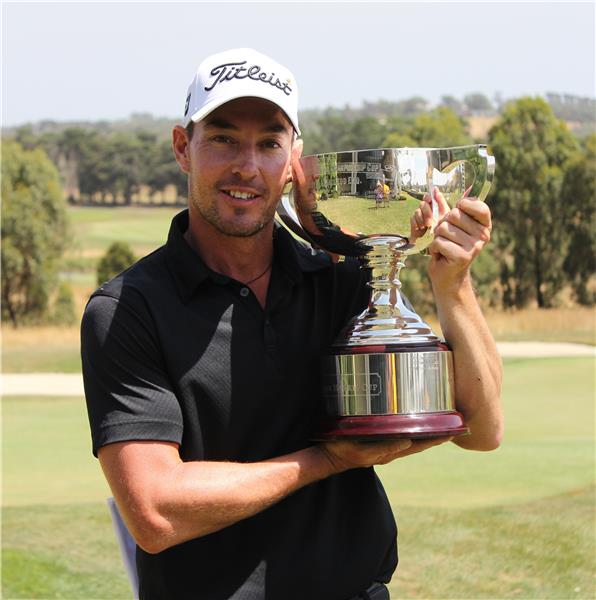 "First and second on the leaderboard is great for New Zealand golf,” said Gareth Paddison.

"Golf is a real mental battle, to birdie the last when you have to, that is what all the practice is about,” said Gareth Paddison.

9              The most number of birdies scored in any round. Achieved by Aaron Townsend in the third round

23           The number of birdies Gareth Paddison scored throughout the tournament

Wow what a finish from Gareth Paddison! He makes birdie on the 18th to seal his second Victorian PGA Championship.  Congratulations Gareth!

He and Michael Hendry are now tied on -15.

In the event of a playoff we will play the 18th sudden death.

NOTE: Michael Hendry is on 18 needing a birdie to tie Gareth Paddison for the lead. At the Heritage Classic in 2013, played on the same course, he also needed a birdie to join the playoff. He unfortunately didn’t make it. Will things be different for him this year?

Andrew Martin is the clubhouse leader at 12-under. Currently on course is Jamie Arnold at -14, Michael Hendry at -15 and Gareth Paddison at -16.

Martin had the round of the day with a 6-under 66.

Matthew Ballard has finished at 6-under and is currently T12. If some players ahead of him on the leaderboard drop shots and he moves into the top-10 he will gain a start at the Coca-Cola Queensland PGA Championship next week.

Unfortunately Michael Hendry has bogeyed the 13th and 14th. With just three holes to play he is two shots behind Gareth Paddison.

Michael Hendry managed to tie Gareth Paddison for the lead however Paddison responded with a birdie of his own to regain the top spot on 17-under.

Amateur Ben Eccles woes continue as he triple bogeyed the 10th. He bounced back at the 11th with a birdie however bogeyed the 12th to be 11-under and 6th.

Conditions are testing the players with plenty putting big numbers on their cards. There have been two quadruple bogeys and six triple bogeys on course today.

Gareth Paddison continues to lead at 16-under as he moves to the back nine.

Ben Eccles has made his first bogey in 43 holes. Unfortunately he made two in a row. He has dropped back of Paddison by two shots.

Michael Hendry is closing in on Paddison and is now just one shot behind him.

Andrew Martin is bogey free and 5-under today with six holes to play. He is 11-under and five shots behind Paddison.

Alex Hawley is having a tough day and is 6-over today after a quadruple bogey on the 10th. He will need to make some birdies coming home to move back into the top-10 and earn a place in the Coca-Cola Queensland PGA Championship.

Just as amateur Ben Eccles ties playing partner Gareth Paddison in the lead the left handed Kiwi puts his first birdie for the final day on the board.

Paddison is out to 16-under and is one clear of Eccles. A further shot back is Michael Hendry who is 2-under so far today.

Peter O’Malley’s experience is shining through in these tough conditions. He makes the turn in 33 and is now 7-under and T16 for the tournament.

The prize purse isn’t the only thing on offer this week. The top-2 Professionals and ties from the top-10 and ties not otherwise exempt into the Coca-Cola Queensland PGA Championship next week will get a start.

At this stage it is Alex Hawley, Paul Sheehan and Daniel McGraw. 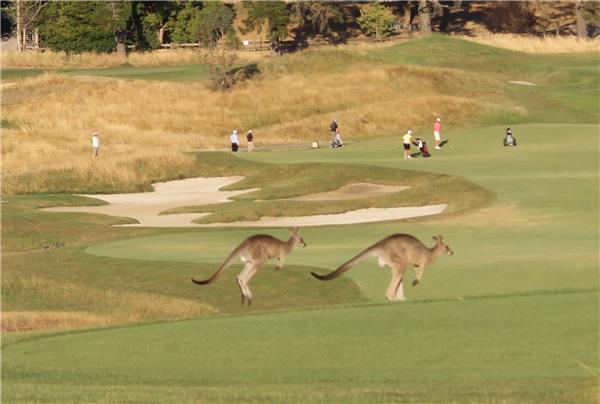 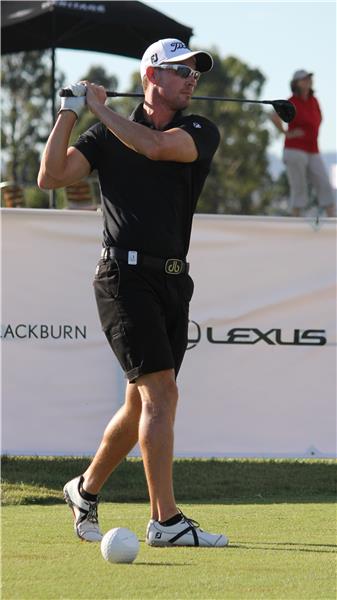 Michael Hendry opens with a birdie and is now just one two shots behind Gareth Paddison.

David Bransdon is flying along and is 3-under after 6 holes to now be 7-under and T16.

Bradley Hughes
@bhughesgolf
Gonna be a testing final round VicPGA - there are waves on the hazards #windy @PGAofAustralia
Feb. 9, 2014

The scene is set for a very interesting final day. There are 11 players within six shots of the lead and with challenging weather conditions anyone could claim the Jack Harris Cup.

The wind has really picked up today which tournament leader Gareth Paddison will be please about.

“In the wind I am pretty good, I don’t hit it overly high and a punch shot is my preferred,” said Gareth Paddison.

Play is underway in the final round of the Lexus of Blackburn Victorian PGA Championship.