“With the way that I am playing I definitely feel like I could win tomorrow,” amateur Ben Eccles.

"I don’t like these amateurs, they are too good these days," jokes Paddison of Eccles. "He will be the one to watch out of everyone."

We are all done in the third round.

Gareth Paddison will take a two shot lead into the final round.

He will be aiming for his second Victorian PGA Championship title.

Standby for the full third round wrap. 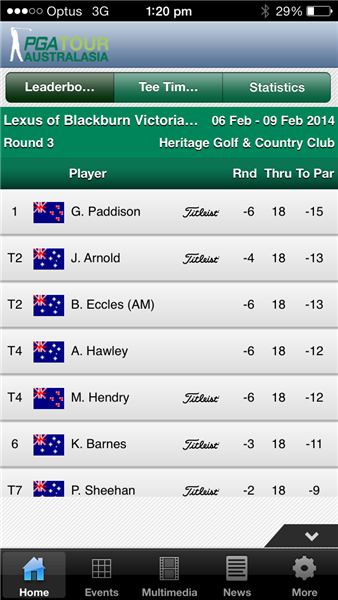 ALERT: Kim Felton has fired an 8-under 64 to equal the St John course record at the Heritage Golf & Country Club set by David Bransdon in 2013. Well done Kim!

There has been plenty of action on the par-5 15th in the last hour. Steve Jones recorded an albatross closely followed by an eagle from Kurt Barnes who is playing in the next group.

The 15th is playing as the second easiest hole on course with an average of 4.66 scored on it. Michael Hendry and Alex Hawley have both finished with bogey free rounds of 6-under 66. To be T3 and 12-under.

ALERT: Steve Jones has had a two on the par-5 15th. This is his eighth career albatross! He is known as one of the biggest hitters on Tour and that is seriously impressive.

The course is starting to empty! The greens keepers are already out on course getting it ready for the final round. 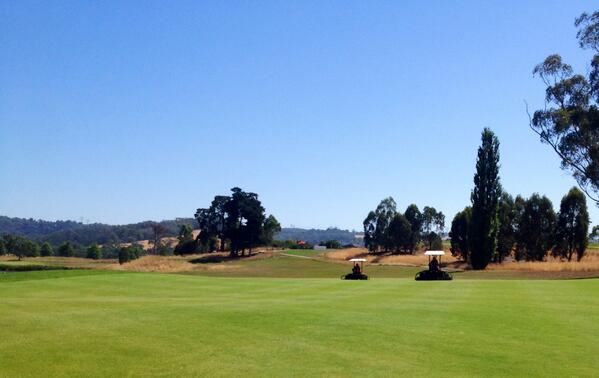 Bogey free after 11 holes Gareth Paddison has extended his lead out to two shots.

His compatriot Michael Hendry is on a roll and is 6-under today to be T2 and -12 under with amateur Ben Eccles. Hendry and Eccles are also bogey free.

Hendry’s playing partners Luke Humphries and Alex Hawley are also bogey free making them the only group on course not to have blemished their scorecards.

Mark Brown has fought back from a tough start to be 3-under after 13 holes and is T4 on 11-under with Alex Hawley and Jamie Arnold.

Max McCardle has finished his round with a 66 to move up the leaderboard to T8 with Luke Humphries on 9-under.

For all live scores please click here.Saturday 8th February, 10.03am

Troy Cox is a birdie machine! Six in a row for the New South Welshman. He has leapt up the leaderboard to be T12.

Jamie Arnold and Gareth Paddison still lead at 11-under. While, Michael Hendry had three consecutive birdies to be 9-under and outright 4th.

Scott Arnold has made the turn in 33 and is chasing down his brother Jamie. He is now 6-under and T10. 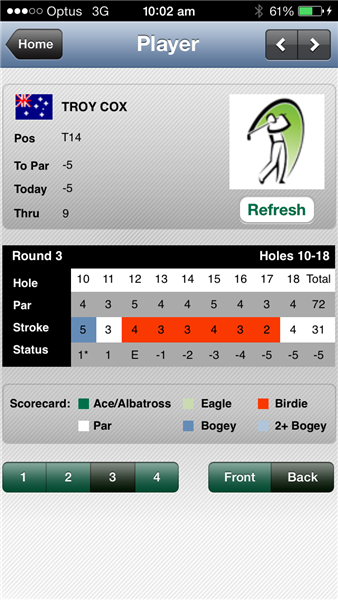 Troy Cox scorecard
VIDEO: The Lexus of Blackburn Victorian PGA Championship is Paul Sheehan's first tournament back since a hiatus from Professional golf. So far his return has been a wise decision, he is 8-under T5. We caught up with him before the tournament, please click here to watch his video interview

Gareth Paddison and Jamie Arnold have maintained their lead with birdies on the par-3 3rd.

Playing two groups ahead of them is Victorian amateur Ben Eccles. He is outright third with two birdies in his opening three holes.

In 2013 Eccles played in the NSW Open where in the final round he fired a seriously impressive 62 to set a new course record at the Castle Hill Country Club.

Alex Hawley, who had to pre-qualify for the tournament is playing well. He is 1-under after three holes to be 7-under and T6 with playing partner Mike Hendry and Michael Choi.

At 3-under Adam Blyth is the lowest player on course. He is T9 with Luke Humphries as well as Rohan Blizard and Mark Brown who are both 2-over so far today.

The leading group of Gareth Paddison, Jamie Arnold and Michael Choi have now teed off in the third round.

Christopher Thorn has moved into the top-10 after three holes while Adam Blyth is making his move. He is 2-under after 6 holes. Also on 2-under today are Anthony Houston and Samuel Eaves. 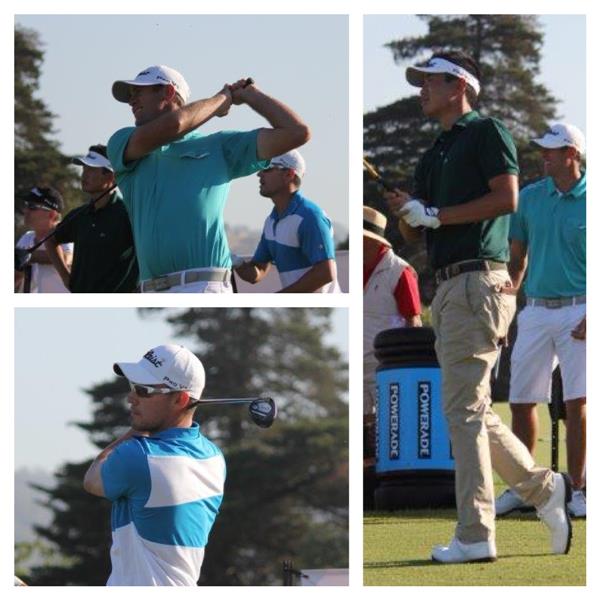 Welcome to moving day! Here are your groups to watch....