7        The number of birdies on Jamie Arnold’s scorecard

13.5  The number of hours of play in the second round

The final putt has dropped in the second round.

Gareth Paddison and Jamie Arnold lead at 9-under the card.

The second round cut was made at 1-over the card with 55 Professionals and three amateurs making the weekend rounds.

"I felt like I have played pretty well the last couple of years without getting a win so it would be nice to get over that hurdle," Mark Brown.

“I have played a fair few rounds here leading into the event. I’m not hitting it the best but because I know the course so well it feels like I have an advantage,” Michael Choi.

"Mike is playing really well and Mark is playing exceptionally well. I have started to come back. So we are really flying the flag for NZ," Gareth Paddison.

Steve Jones
@Stevejones_54
@PGAofAustralia pretty happy with the finish in the end. Tough out there with swirling wind, was fairly warm as aswell! 😳😓 #VicPGA
Feb. 7, 2014

Victorian Steve Jones has had a mixed second round. Teeing off the 10th his first nine included a birdie, eagle, bogey and a double.

Making the turn at even par, Jones battled back from his double bogey with three consecutive birdies on the front nine.

He is now 7-under and T4 with three holes to play.

Making his move up the leaderboard is New South Welshman Rohan Blizard. He is 4-under after 12 holes and joins Jones at T4.

It’s been a tough second round for local Daniel Popovic. He posted two bogeys and a double on his scorecard but has started to recover back with a birdie. With six holes still to play there is plenty of time for Popovic to bounce back. He is currently on 1-over.

The cut line has moved out to 1-over which is good news for Aaron Townsend, Adam Bland, Jared Pender, Takuya Taniguchi and Ryan Lynch who have all finished on that number after two rounds.

They will remain nervous as they wait to see if they have done enough to make the weekend rounds.

Kurt Barnes discussed his plans for 2014 before he teed off in this week. Here is what he had to say...
Kurt Barnes on track for a booming 2014
by PGA of Australia via YouTube

Gareth Paddison retains his lead from this morning but there are plenty of players on course looking to chase him down.

Mark Brown found his first birdie of the day at par-5 4th to be T2 with Michael Choi. However Brown is coming up to the toughest hole on course today, the 8th.

The 12th hole is the easiest on course today with eight players recording eagles there.

The cut line is still sitting at even par.

Michael Choi has finished his second round with a 3-under 69 for a two round total of 8-under. He is second on the leaderboard behind Gareth Paddison.

Victorian amateur Ben Eccles posted another solid round and is the leading amateur at 7-under the card. He is tied third with Paul Sheehan as well as Steve Jones and Mark Brown who are still on course.

As we moved into Friday afternoon the nervous wait begins for those Pros sitting on the cut line. With plenty of golf still to be played the cut is currently sitting at even par.

New Zealander Gareth Paddison has finished his second round with a 4-under 68 to lead from Michael Choi who is still on course.

Overnight leader and another Kiwi, Mark Brown has teed off and is just two shots behind. He is playing with countryman Michael Hendry.

Paul Sheehan had another solid round, posting a 3-under 69 to be 7-under and T4.

A shot further back is New Zealand’s rising star Ryan Fox. Fellow NZ young gun Nick Gillespie is on fire and is 5-under with three holes to play. This has moved him inside the cut line to be 2-under the card.For all live scores please click here. 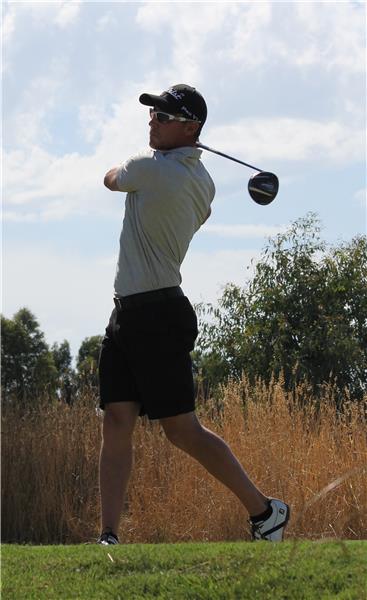 The afternoon field have started to tee off. Here are some groups to watch:

Michael Choi, who is playing his home track, makes the turn at 3-under today and takes the outright lead at 8-under.

Everyone from the Heritage Golf and Country Club are cheering for him, especially the bar staff! 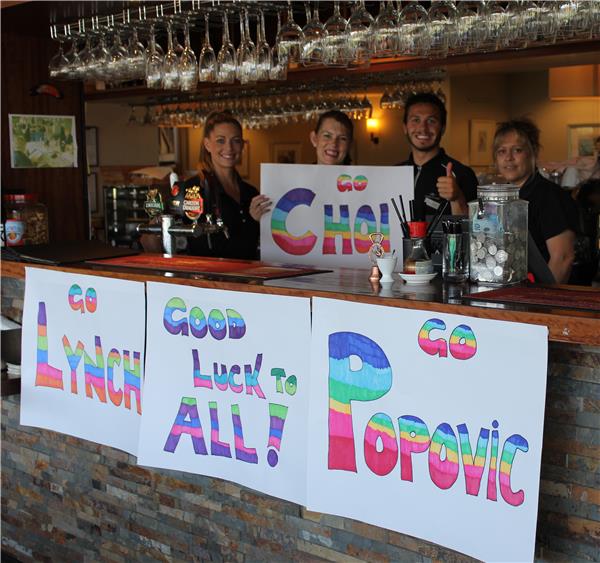 After weather delays earlier in the morning, it’s now blue skies and sunshine at the Heritage Golf and Country Club.

The birdies are finally starting to flow with Michael Choi joining Mark Brown tied for the lead. Michael is 2-under after 6 holes today while Brown doesn’t tee off until 1.15pm.

Anthony Brown, Michael Long and Christopher Thorn have all made birdies of their own to move up the leaderboard.

Ever played the Heritage Golf and Country  Club? Then you might know where these pin positions are. 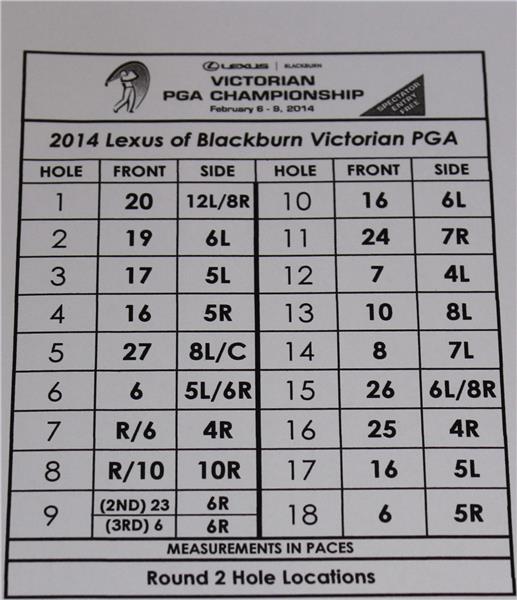 After a 45 minute suspension in play we are back underway at the Heritage Golf and Country Club.

Out early this morning Kiwis Gareth Paddison and Michael Long have each recorded birdies in their opening three holes. They are now -6, 2nd and -5, T3 respectively.

Not starting the day how he would have liked, Terry Pilkadaris is 1-over after three holes. He has dropped back to 5-under but has plenty of time to put some birdies on the scorecard.

All players from the morning field are now on course.

Play has been suspended at 8.45am due to lightning in the area.

Play is underway in the second round. Here are some groups to watch in the morning field: