Well anything did happen on the final holes. Adam headed to the par-4 18th with a one shot lead over Rory.

Pushing his second shot long of the green, Adam had a tough chip shot for his third. Sending it well past the hole onto the second tier of the green he was faced with a long range par putt.

Having struggled on the greens all day his putt was tracking well but didn’t quite find its home. Adam ended with a bogey to draw even with McIlroy.

On the green in regulation, McIlroy made his 12 foot birdie putt to seal the 2013 Emirates Australian Open.

Shooting a 6-under 66 on the final day, McIlroy was a deserved winner and was a gracious Champion acknowledging Scott’s phenomenal year.

Also celebrating tonight are John Senden, Bryden Macpherson and Rhein Gibson who have earned themselves a place in the 2014 The Open Championship courtesy of their performance at the Emirates Australian Open.

A fantastic week, we thank you all for joining us at the Emirates Australian Open. 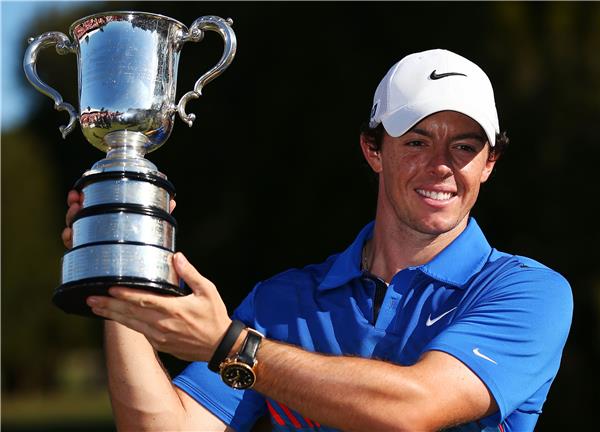 Adam still sits one ahead of Rory through 15, but anyhting could still happen on the closing holes.

John Senden signed for a 6-under 66 to sit in outright third position, but has gained himself a start in the 2014 Open Championship.

Also heading to Royal Liverpool is Rhein Gibson who finished 9-under the card with a final day of 3-under 69.

Finishing at 9-under Bryden MacPherson's Open Championship fate lies in the hands of Matt Jones.

As Jones has a higher World Ranking he will calim the Open start if he finishes at 9-under or better.

Adam Scott is back out to a one-shot lead through 12 holes however his tee shot has gone right off the 13th tee.

Meanwhile John Senden is finishing off an impressive round, he's playing 18 now and is 6-under through 17 and into fourth position.

While he won't get another Stonehaven Cup, he may still have a chance to claim one of the three Open Championship positions on offer through the event

We're tied at the top!

Rory McIlroy has gone eagle, birdie on holes 7 and 8 to join Adam at 16-under par.

It looks to be a two man race, so tune in to Seven to see how the back nine unfolds.

We have a game on our hands!

With an eagle on 7 Rory McIlroy is only one back from Adam's lead.

Adam is even for the day at 16-under par with Rory now at 15-under.

6-under through 13 holes former Champ John Senden is now third at 11-under while Rhein Gibson is fourth at 10-under.

What a great pic of Adam and Rory taking time out to appreciate those who are here to support them!

The leading pair of Adam Scott and Rory McIlroy have just teed off in the final round.

Scott starts with a commanding four shot lead over McIlroy with his next nearest rival back at 9-under the card.

Making a final day charge is former champion John Senden. He is 4-under after 8 holes to be tied third with Max McCardle.

While they seem too far away to claim the title there are also three places in the field for The Open Championship to play for.

The top-3 not otherwise exempt from the top-10 this week will tee it up at Royal Liverpool next year. Max McCardle, John Senden and Matthew Jones currently hold these positions.

Also enjoying an excellent round is James Nitties. He is 5-under after 14 holes to be 6-under for the tournament and tied 13th. Nitties is playing through a neck injury which caused him to retire from the Gloria Jean’s Coffees NSW Open last week. 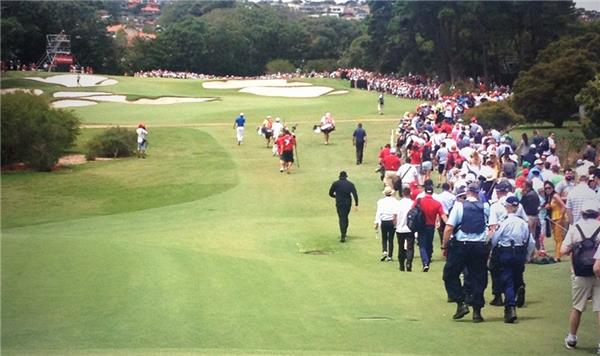 Queenslander Adam Crawford is building an amazing round this morning that started with an eagle on the 2nd.

Starting even par, Adam is now 5-under through the front nine and T14.

We're seeing plenty of birdies on the first hole this morning including from Nick O'Hern and Geoff Ogilvy. 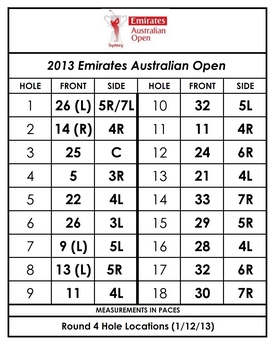 WIth lots of fans pouring in to Royal Sydney many are heading straight to the Driving Range where the players warm up before their tee time.

Plenty of PGA Professionals are also at the Range giving some last minute advice to their star pupils.

That includes PGA Teaching Professional of the Year Denis McDade who was on the range with new kid on the block, Ryan Ruffels.

Amateur Ruffels is currently T19 and has a great opportunity to play alongside Rod Pampling in Round 4. 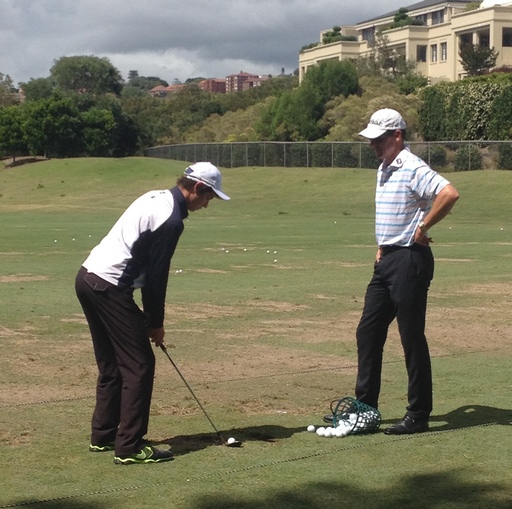 Is today the day that Adam Scott re-writes the history books?

With a four shot lead Adam Scott is on the verge of going one better than Robert Allenby’s Triple Crown in 2005. Find out why here.

Play is now underway in the final round at Royal Sydney with a beautiful day awaiting golf fans.

And there’s already plenty of action to watch including Ryan Lynch who has started eagle, birdie, birdie in Round 4.

The 24-year-old son of renowned Australian coach Dale (who coaches the likes of Geoff Ogilvy) is 4-under through 3 and making the most of the final PGA Tour of Australasia tournament of the year.

While you're waiting for the leaders to tee off, why not check out our photo gallery from Round 3?

Or catch up with video highlights from Saturday.